Deadline reports that Legendary Pictures is on the cusp of acquiring the rights to make a live action Pokémon Movie based on the hit Nintendo Pokémon franchise.

With renewed world-wide interest in the Pokémon franchise after the release of Pokémon Go, talks of a live action movie are hardly surprising. Early estimates indicate that the newly released augmented reality game has already made at least $14 million, and Nintendo stock rose by 25% in the wake of the launch, despite only owning shares in one third of each of The Pokémon Company and Niantic Studios.

Legendary Pictures, the studio behind Warcraft, The Dark Knight Trilogy, and Godzilla, has been tied to rumors of a live action Pokémon film since April, when The Hollywood Reporter indicated that Legendary, Warner Bros., and Sony were each vying for these rights. The Pokémon Co., manages the rights of the Pokémon franchise, and while they had traditionally worked with Warner Bros. in the past, that seems to have changed now.

Warner Bros. initially released Pokémon: The First Movie back in 1999, along with the two sequels subsequently. This new Pokémon Movie should show us a different take on the tiny creatures, while staying true to the franchise. 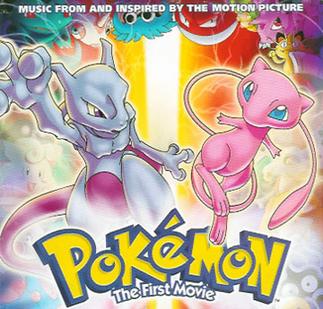 Whether or not we will be seeing a live action remake of the original 1999 film, or a totally original story is unclear. Regardless Pokémon fans world wide anxiously await what Deadline has revealed.

Alex Radu is a recent graduate from the University of Toronto with a HBA in Professional Writing. When he isn't writing, Alex can be found arguing with himself on twitter about the Lakers' future, or glued to his PS4. Alex loves all things RPG or RTS, with a unhealthy dose of NHL/NBA2K/FIFA in between. He retired from the MMO game young, but wouldn't be surprised if he pulls a Michael Jordan and returns one day. View more posts